Green… everywhere… Sometimes it’s hard to picture it now that I spend most of every year in the desert.

July 2006: I was nearing the top of the M hiking trail in Bozeman, watching a thunderhead roll over the still snow-capped mountains in the distance. The sparsely populated valley below me was so damn beautiful it almost hurt. The sight made my heart ache with a kind of nostalgia for the present, a feeling of total satisfaction, colored by a subtle awareness of the inevitable fading of summer.

This moment stands out in my memory, because it was then… seconds before I reached my hiking destination that I decided – after years of internal turmoil – that I had to find a way to stay true to the voice that was trying to come out, even if it meant that my music never had the commercial appeal I was seeking.

As a teenager writing songs in my bedroom, I had dreamed of singing to sold-out stadiums, of Grammys and number ones, of “making it” in the major label superstar sense. I had studied pop writing endlessly, learned the chord progressions and melody tricks of big hits, attended seminars that cost most of what I made in a year. I was committed. 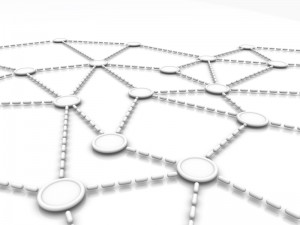 Over the years that followed, I started to notice that the kinds of songs on the radio that catered to the middle of the mass audience bell curve were rarely able to get under my skin emotionally. And I had gotten into this business to move people. I had it in my head that I needed to search for a universal theme, get to the chorus fast, raise the stakes in the second verse… everything that hit songs did. But I kept feeling like the truth was missing from the end result.

The internal battle started when I got out a copy of Jagged Little Pill by Alanis Morrisette during my senior year of high school. I had loved the record as a kid, but I had never understood it the way I did as a budding songwriter. It was profound, heavy, raw, real, and most of all… it was just so damn likeable. It followed many of the conventions of pop writing, while avoiding the false shine of most radio fodder. It was staggeringly brilliant. It woke me up to possibility. That record had been a massive hit, but it had also been a real expression of something. That combination is rare. I wanted to crack the code.

But… I was eighteen and hoping for stardom, and that hope outweighed my desire to express myself honestly. “Maybe I can start with pop and move on to what I really love later… after I’ve made it into that world.” I thought… so I kept running east looking for a sunset. I dug in and tried even harder to write music that “worked.” I shopped demos to anybody who would promise to pass them on. Now and then I got a rejection. Most of the time, I never heard back.

I started playing gigs with my material and calling friends to beg them to show up so I didn’t feel so silly singing my heart out in front of eight people at a coffee shop. I built walls around my music so I would stop feeling crushed every time someone ignored me or wrote me off. And all the way through that process, I was feeling little urges to forget the whole damn package and just figure out what I wanted to say… and say it.

Then the moment arrived at the top of the M in 2006. It hit me like a ton of bricks. I had gotten into music to move people, but also to express things that everybody felt, in a way that was unique to me. What was the point of writing music if I was just trying to copy what worked?

I literally ran down the mountain to begin my new life. It felt incredible. I would be starting over… new music… new direction… new feelings finally letting themselves be expressed on the blank page.

It’s funny looking back at the journey, because I can see how terrified I was of actually following through. Most of the songs I wrote over the next five years were still only tentative steps in that direction. People started liking them more as they got truer to the emotion I was trying to talk about, but I still felt a strong pull toward convention. Whenever I did something weird, I would think: “you can’t do that” even if I loved it. It was a real battle against the fear that no one would like the real me… but it was slowly changing.

I wrote my first song that was truly outside my comfort zone in 2011, and a funny thing happened. People LOVED it. It was unreal to me because it was five minutes long and it didn’t sound anything like what I had done before. It opened more doors for me in six months than my entire catalog had opened in the preceding ten years. I wondered why I hadn’t done it sooner.

But that’s the wild part. As Steve Jobs so wisely said in his Stanford commencement address: “You can’t connect the dots looking forward, you can only connect them looking backward.” Would my free expression of emotion have been in any way meaningful if I hadn’t spent years honing the craft of songwriting? Can you really break the rules if you don’t understand them? Or is there always brilliance in what appears to be drudgery?

I’m fairly certain that I know the answers to those questions. I NEEDED those seemingly wasted years… I would have nothing to offer without them. Life so often looks like a series of miracles when we look back. The connections between seemingly random events that lead us to exactly where we are… can boggle the mind. Some moments stand out, like the moment I decided to start searching for my real voice. Some moments are only vague memories, and I’m sure that the significance of some of the most meaningful moments is never known.

I’m thrilled with the journey. I can see that every stop along the way was a meaningful dot in a half-formed mosaic. I’m still inching closer to my unique voice. And I have to remind myself every day of the millions of dots that are bound to connect in the unknowable future.