I clearly remember the day… the moment… that I became a singer/songwriter for life. I was sixteen years old… at a camp talent show in Seattle.  I had already been writing songs for three years.  I thought it was one of the coolest things in the world that my favorite artists could get under my skin and play my emotions back to me. I wanted to do the same for my friends. I wanted to move them to tears. I wanted to change the world. 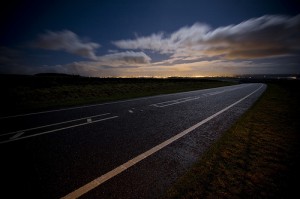 I had written close to thirty songs… only one of which, I thought was good enough to play in public.

I played it at the talent show.

That’s when all of my noble motivations were eclipsed in one moment that would define nearly ten years of my life. The small crowd went wild. I’m not talking polite applause with a few cheers sprinkled in. People stood up and screamed on their chairs… it was deafening and shocking… it was cathartic… I was addicted.

In retrospect, I know I didn’t come close to deserving that response. My friends were going all out to support me for trying and not being utterly terrible – which means infinitely more in a way… because it got something started.

I’m not entirely sure how other teenagers work… but for me, the ego motivation of that kind of response was sufficient to get me sprinting after more of the same.

It was good while high school lasted. It was still compelling two years after high school when I started touring around Montana and the Northwest with my first album. I was working damn hard to get better. I was practicing and writing and learning for hours a day. I was taking vocal lessons and studying with all my heart.  I knew I was just around the corner from writing that one song that would make people really take notice.

But as the years went by… it simply didn’t happen. I was increasingly confronted by diminishing evidence that anyone would truly care about what I was creating. I should have been forced kicking and screaming from my hunger for attention and approval. It wasn’t a viable motive for action. But the harder life and reality pulled me away from my folly, the tighter I gripped it.

I started feeling like I was past the point of no return with music as a career… I had given up everything else. The money hadn’t come. The crowds had all gone home. My dad – who was my biggest supporter – had died suddenly. I was cold and lost and deeply disillusioned.

So I distracted myself… with everything imaginable… I ran like hell from the heart of my life and I made a profession of partying and avoidance. I dabbled in songwriting. I worked slowly on a record I had been pouring myself into for over two years and managed to find a way to make the recording process go on for another year. As soon as the album was done, I discarded it like an old sweater and moved on.

I learned how to bullshit like a pro about the state of my life. I learned to tell compelling stories in the right environments. I had a lot of people fooled. I even started making a living with music. I cruised on that income for over a year… Then I blew up a relationship that meant the world to me, quit all of my high paying resort and wine bar gigs, and packed my stuff for a move across the country.

So there I was in my car with every possession that mattered to me… so damn broken that I didn’t even know what direction to go to find the light. Somewhere between Idaho Falls and Butte on Interstate 15, I came face to face with my soul.

I pulled over and cried. I saw the truth… right then. I wasn’t creating so that people would pay attention. If I had been, I wouldn’t have kept doing it through all of my years in the wilderness. I was creating because it was at my core… because I couldn’t live without it… because when every single drop of light and hope was gone in every other area of my life, the light of music was blinding. I started aching to create something that would do for even one person what my art had done for me. That desire saved me.

Music had been a gift. Life had been a bold adventure. I just hadn’t been able to see it or feel it. I had moved people. I had been living my dream… and somehow I had gotten so caught up in my chase for the brass ring that I couldn’t recognize the beauty of what was already happening.

Here’s the incredible thing about all of this: In the long, slow, uncertain climb out of the hole I had dug for myself, I found a voice. I found out that the parts of myself that I thought I was supposed to get rid of, were the parts that kept me alive. The vulnerable depths turned out to be the safe where my heart was keeping its secrets.

I stopped trying to write hits. I stopped trying to feel out the commercial viability of my songs as I was writing them. I started writing what I wanted to write. I started writing the way I did when I was fifteen… before I knew what it was like to break… before I gave up my heart in a dead end chase for a bunch of shit that didn’t matter. Only I was writing with a decade of craft and disaster under my belt and that made all the difference.

I fell in love with music again.

I fell in love with the process of creating again.

I fell in love with my years in the wilderness and the pain and the darkness… because without all of that – I never would have had to look deep enough to find out who I am.

Then, most importantly, I fell in love with the light on the other side.

And really; that’s why I do this now – to hold up a light on the road at midnight and whisper to a fellow traveler: “keep your head up, friend. You’re not alone.”